Since the early 2000s, landmasses have been collapsing around the Dead Sea. Directly linked to the depletion of water, the sea level has been rapidly dropping at around one metre per year. As a result, over 6,000 documented sinkholes have appeared so far, some as large as two kilometres long and 25 metres deep, tearing the shores of the Dead Sea apart. Water runoff from the arid mountains seeps into the ground where the sea once lay, dissolving underground deposits of rock salt and creating huge cavities that eventually surrender to the weight of the earth on top. The surface of the ground is in the process of becoming an unstable membrane, liable to subside at any given moment.

Driving along the banks of the Dead Sea, abandoned beach resorts, empty buildings and diverted roads populate the arid landscape. Three main forces are accountable for making the surface of the Earth float above caverns: a series of dams built along the Jordan River basin in Israel, Jordan, Syria and Lebanon; the exhaustion of Palestinian groundwater by Israeli settlement agriculture operations and date palm plantations; and above all the extraction of potash and nitrates from the evaporation ponds for the production of fertilisers run by Israeli multinational Dead Sea Works and the Arab Potash Company in Jordan.

CLIMAVORE creates a series of suspended, unstable dining surfaces that constitutes Under The Sea There Is A Hole. These surfaces function as a platform to rethink the spatial implications and frictions between feeding bodies and sinking lands.

Finding a place at the table as it rocks, dinner guests perform the geological consequences of food production on the landscape in front of their mouths. At times a giant sinkhole might not leave enough space for cutlery or glasses, and might oblige guests to negotiate where to place their Dead Sea mud-glazed plates (which differ considerably in size). A poorly balanced appetizer could crash through a sinkhole at any minute. Rather than making the Dead Sea recede further, a CLIMAVORE water stress menu explores forms of eating that aim to make the planet fertile without hyper-fertilising the soil.

→ Cooking Sections, ‘Under The Sea There Is A Hole,’ in The Empire Remains Shop (Columbia Books on Architecture and the City, Columbia University Press, 2018) 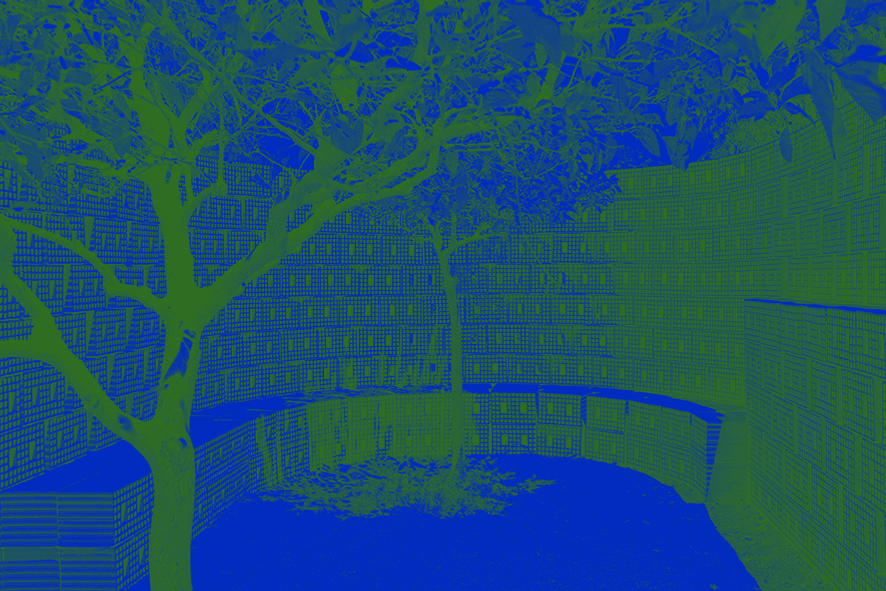